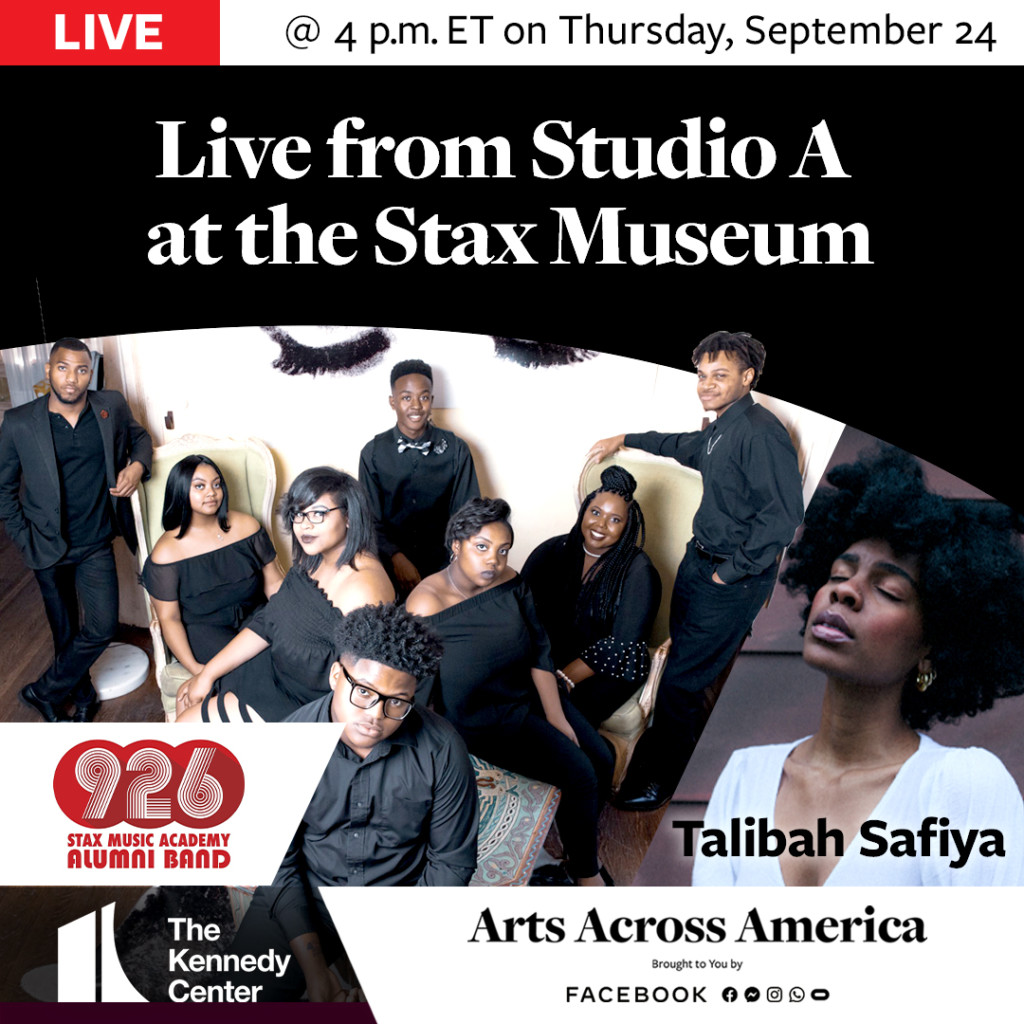 On Thursday, September 24, 2020 at 3 pm CST, 4 pm ET, the John F. Kennedy Center for the Performing Arts will host “Live From Studio A at the Stax Museum,” a virtual concert by Memphis’ own Soul Music artist and storyteller Talibah Safiya with 926, the Stax Music Academy Alumni Band.

Safiya is an independent artist who uses minimal but impactful instrumentation and visually stimulating lyricism as a way of deeply connecting you to her story and your own.

926, the Stax Music Academy Alumni Band, began in 2013 with summer performances at the Stax Museum and regular gigs several days a week at B.B. King’s Blues Club on world famous Beale Street in Memphis. They have since played at major music and cultural festivals around the country and other special locations.

The event will appear live on the Stax Museum’s Facebook page: https://www.facebook.com/staxmuseum