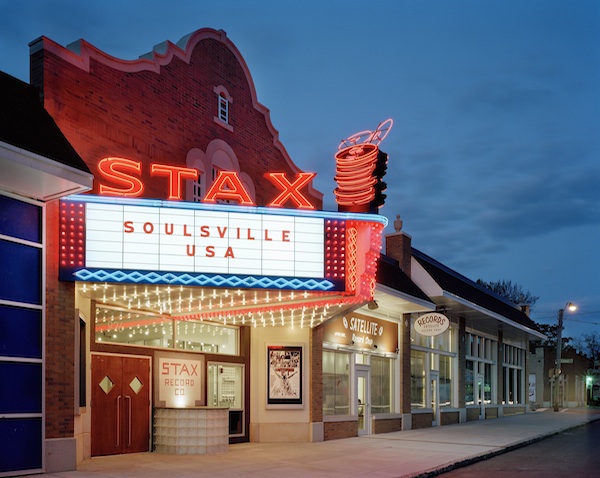 The votes are in and soul music lovers all over the world have had their say by voting the Stax Museum of American Soul Music as one of the 10 Best Musical Attractions in the world in USA Today’s 10Best Readers’ Choice awards.

Two other Memphis landmarks – Elvis Presley’s Graceland and Sun Studio – also made the top five. Other Tennessee attractions in the Top 10 include the Grand Ole Opry and Dollywood.

The Stax Museum is a program of the Soulsville Foundation, the nonprofit organization that also operates the Stax Music Academy and The Soulsville Charter School.

Soulsville Foundation spokesman Tim Sampson said, “The Stax Museum has received many honors and awards throughout the 12 years we have been here, but this is an honor for which we will forever be proud. And to be in all this great company just further solidifies Memphis and Tennessee as the most musical place in the world.”

“Readers of the nation’s No. 1 newspaper have declared Tennessee the No. 1 best state for music,” said Kevin Triplett, commissioner of the Tennessee Department of Tourist Development. “These five Tennessee attractions are at the top, but that’s just the beginning of all Tennessee has to offer to music fans from around the world.”

Last month (May 2015), the Stax Museum was named as one of USA Today’s 10Best Mother’s Day Trips Across America.

USA Today’s 10Best list of “Memphis’ Best Attraction and Activities” also lists the Stax Museum at number one, stating, “Known as Soulsville USA, the excellent museum traces the history of soul music from its roots in the blues and gospel, and offers a fantastic history of American pop culture form the 70’s — including Isaac Hayes’ tripped-out Cadillac and a hall of gold records which astounds with its depth of talent and hits.”

10Best is a division of USA TODAY Travel and USA TODAY’s award-winning travel website, providing users with original, unbiased, and experiential travel content of top attractions, things to see and do, and restaurants for top destinations in the U.S. and around the world.

The Soulsville Foundation is a Memphis, Tennessee-based nonprofit organization that operates the Stax Museum of American Soul Music, Stax Music Academy, and The Soulsville Charter School. In addition to operating the world’s only soul music museum, its mission is to provide leadership and financial support that promotes and utilizes the music and heritage of Soulsville USA to develop young people for lifelong success. For more information log onto www.soulsvillefoundation.org