During a special event on September 14, 2022 at the Stax Museum of American Soul Music, Soulsville Foundation officials, former Stax artists, and others announced plans for the museum’s 20th Anniversary to be celebrated throughout 2023.

On hand for the announcement was special guest and Stax icon Booker T. Jones, keyboardist for Stax house band Booker T. & the M.G.’s who has enjoyed a successful career since as producer, performer, songwriter, keyboardist, author, and more. 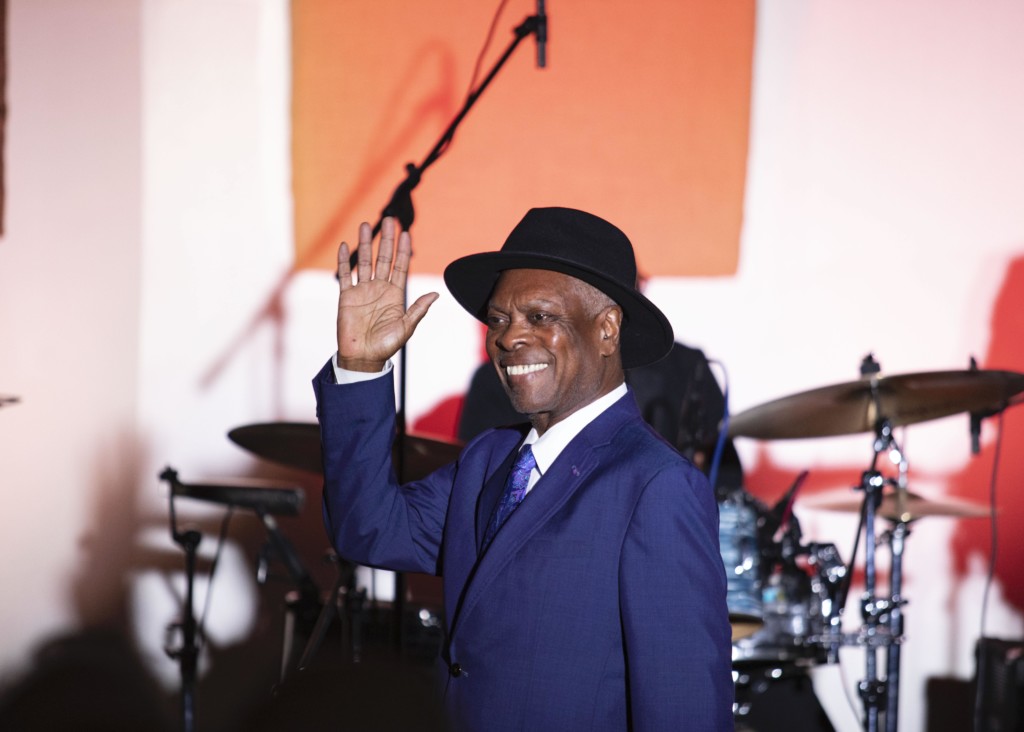 Legendary Booker T. Jones says hello to the crowd at the Stax Museum’s Studio A.

Jones wowed the crowd in the Stax Museum’s legendary Studio A with a medley of Stax classics on a Hammond B3 organ, accompanied by a rhythm section made up of Stax Music Academy alumni who he helped prepare for their 2017 European Tour to celebrate the famed 1967 Stax/Volt Tour he was a part of. He was also interviewed on stage by WYXR DJ and author Jared Boyd about Stax in general and this year’s 60th anniversary of the release of their 1962 smash hit, “Green Onions.” The following evening he’s being be inducted into the Memphis Music Hall of Fame with label mate Mavis Staples at the Cannon Center. 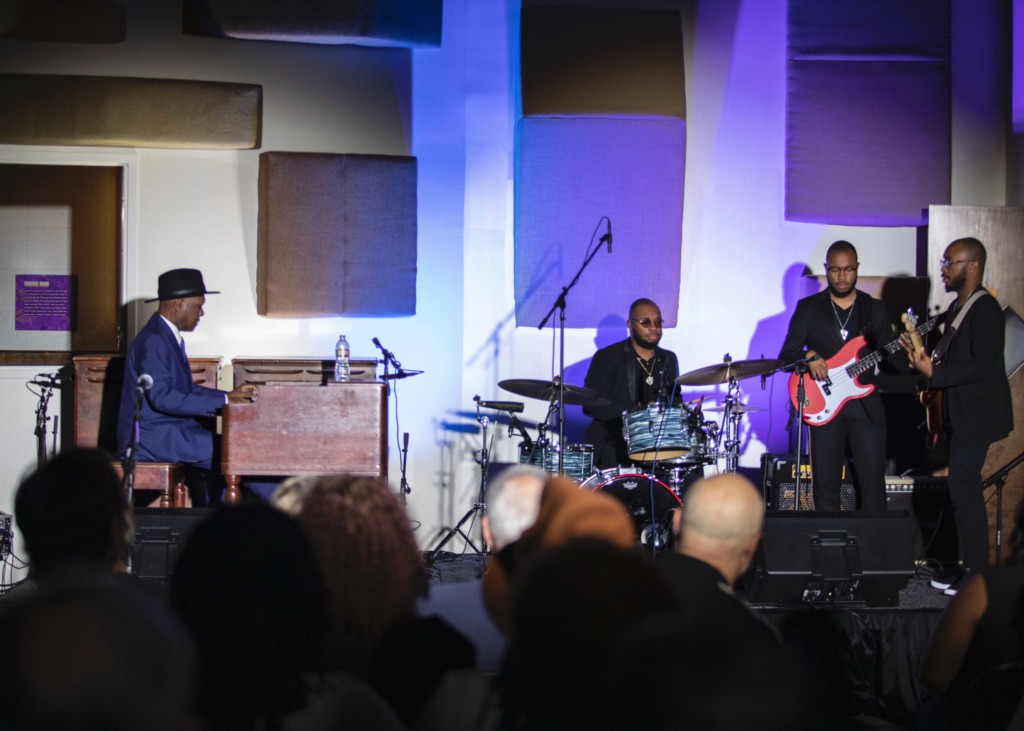 Booker T. Jones performed four Stax Booker T. & the M.G.’s classics with the Franklin triplets as his rhythm section; they are graduates of the Stax Music Academy.

“With the Stax Museum celebrating its 20th Anniversary in 2023 and HBO to air the Stax Records documentary series during the same year, there will be much attention given to soul music art form we created at College and McLemore,” said Al Bell, who was unable to attend the museum’s event because he was simultaneously conducting a Wattstax 50th anniversary panel discussion at the Americana Music Association’s conference in Nashville, and receiving one of the association’s Lifetime Achievement Awards. “Our rare artists and writers and the formidable marketing strategy we implemented at Stax gave rise to the successful career development of our artists and it allowed us to accomplish remarkable things at the label. It’s a very complicated story filled with the kinds of highs and lows that came with being a predominantly Black record company trying to thrive in the music industry of the 1960s and 1970s.” 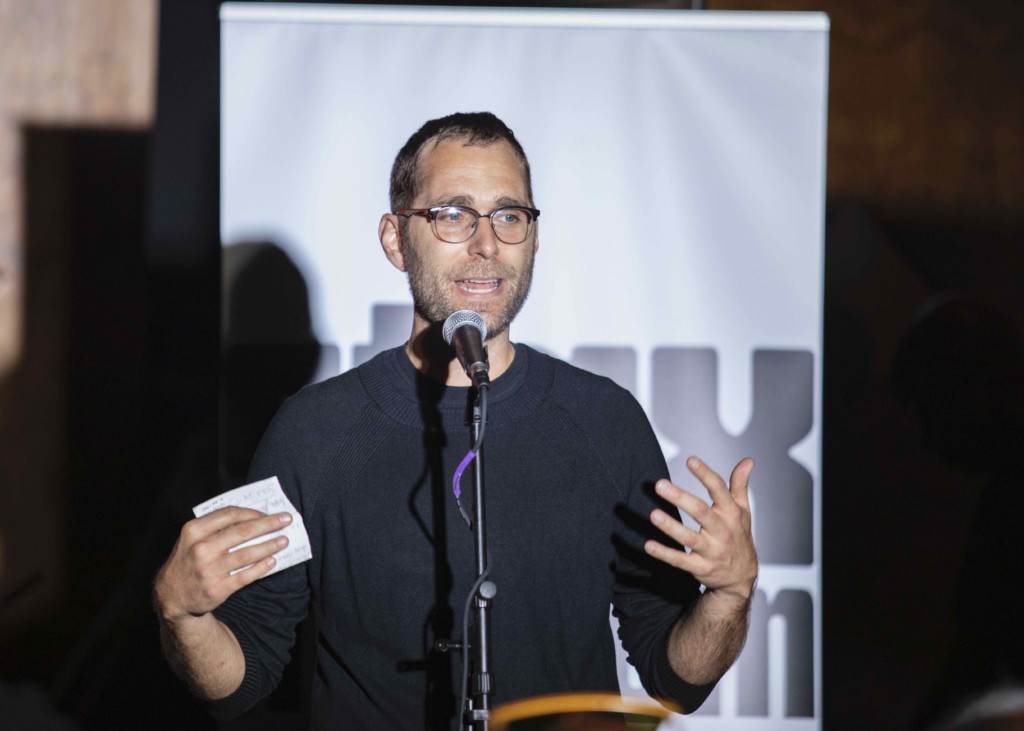 Stax Museum Executive Director talks about the group of 20th Anniversary Ambassadors made up of Stax artists.

“Working at Stax was like giving a daily sermon to the world, of being open with loving emotions to others regardless of who they were or looked like,” said David Porter. “Showing the love of community was a given because the community earned that by the support it gave back to us.”

“We’ve very carefully planned the Stax Museum’s 20th Anniversary so the community and the public can join us in 2023 for a very special year of events to celebrate the legacy of Stax Records,” said Stax Museum Executive Director Jeff Kollath. “Stax Records and the Stax Museum is a Memphis story that started here and became known around the world. We want to celebrate not only the past 20 years, but also look forward to the museum’s next 20 years and what we can accomplish as we continue to interpret the Stax story.” 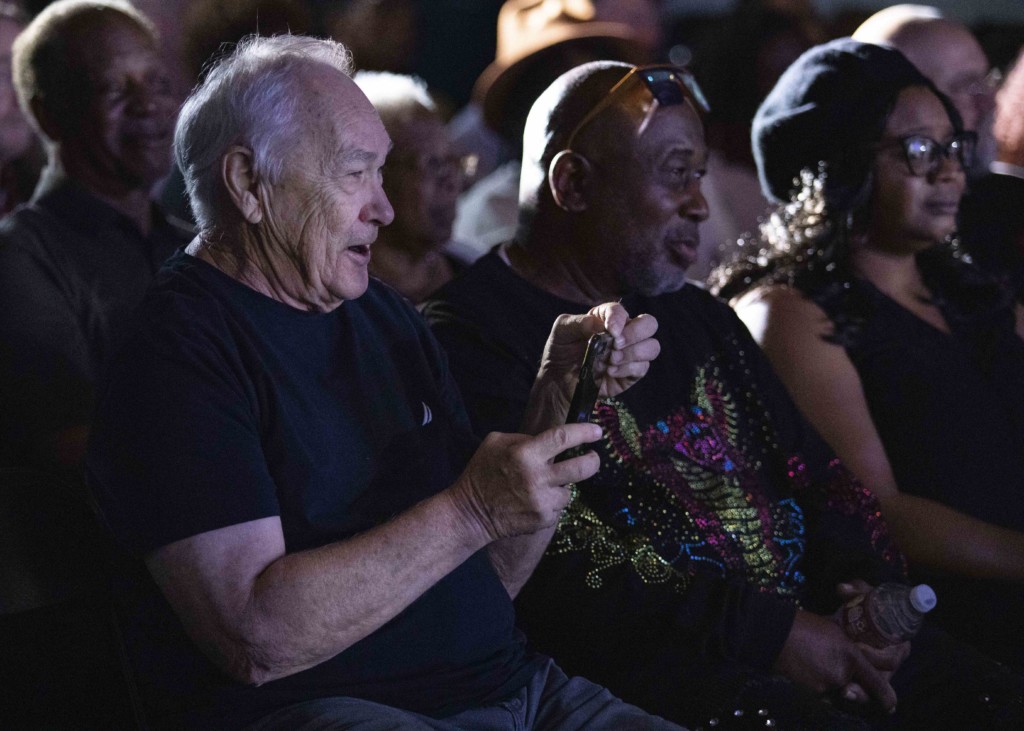 Soulsville Foundation President & CEO Pat Mitchell Worley added, “Celebrating the 20th Anniversary in 2023 will be a milestone for the Stax family. We are tremendously proud to continue the legacy of Stax with a year-long calendar of exciting events slated to celebrate the past, present, future of the Stax Museum.”

Among the Stax Museum 20th Anniversary events, highlights include:

That monthly series, will include:

ABOUT THE SOULSVILLE FOUNDATION

The Soulsville Foundation operates three distinct but related entities at the original site of Stax Records in the heart of the Memphis, Tennessee community known as Soulsville USA: The Stax Museum of American Soul Music, Stax Music Academy, and The Soulsville Charter School. Through these three programs, the Soulsville Foundation perpetuates the soul of Stax Records by preserving its rich cultural legacy, educating youth to be prepared for life success, and inspiring future artists to achieve their dreams.

For more information, please contact Tim Sampson at 901-485-8735 or tim.sampson@soulsvillefoundation.org.