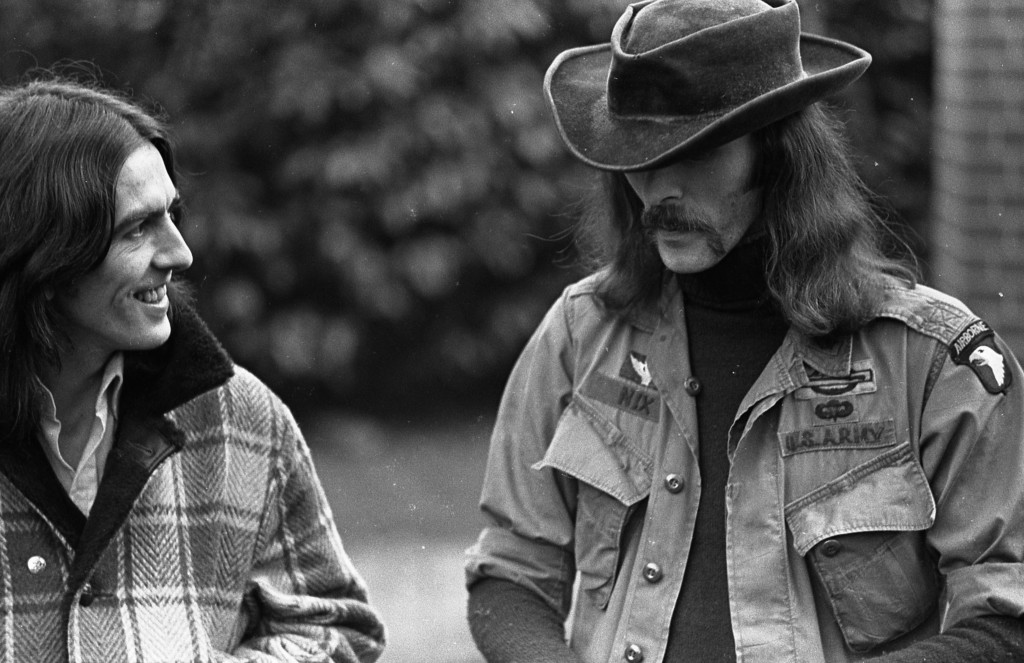 PASSING THROUGH – THE FRIENDS OF DON NIX

For nearly two decades, Memphis’ own Don Nix lived an unparalleled musical life, helping build Stax Records from its earlier Satellite Records days as a member of the Mar-Keys. One of the creators of what came to be known as the Memphis Sound, he also called Rock and Roll Hall of Famers Leon Russell, Joe Cocker, and George Harrison close friends. In fact, Nix was heavily involved with Harrison in the planning and execution of The Concert for Bangladesh in 1971 at Madison Square Garden.

Throughout it all, the singer, songwriter, producer, engineer, and author kept a camera handy and documented his adventures at home in Memphis, on the road, on stage, and in the studio, creating an archive that stretches from Muscle Shoals to Los Angeles and beyond. At the heart of this collection of Nix’s photographs are his relationships with his fellow musicians. A true rock and roll survivor, Nix has outlived many of his famous friends, but his loving portraits of Furry Lewis, Albert King, Freddie King, and others remain to document a golden era in music. The exhibition features nearly 40 photographs from Nix’s personal archive.