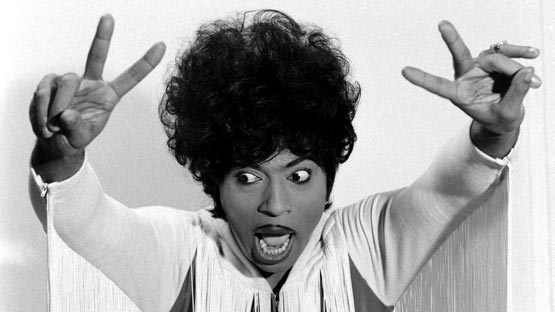 While Depression-era Macon, Georgia may have been an eclectic place with interesting people, not just everyone had 11 brothers and sisters, lived in a rundown house on a dirt street, had a father who was a minister and sold moonshine on the side, and was a young bisexual man who wore a high pompadour hairstyle and women’s makeup and could bang the devil out of a piano and howl boogie-woogie songs, all the while worrying about just what Jesus would think of him. Such was the case, however, with Maconite Richard Wayne Penniman, better known as “Little Richard.”

And while Little Richard never recorded at Stax, we think it’s safe to say he helped pave the way for many of the stars who did. (Scroll to bottom to see Little Richard induct fellow Macon native Otis Redding in the Rock and Roll Hall of Fame in 1989.) 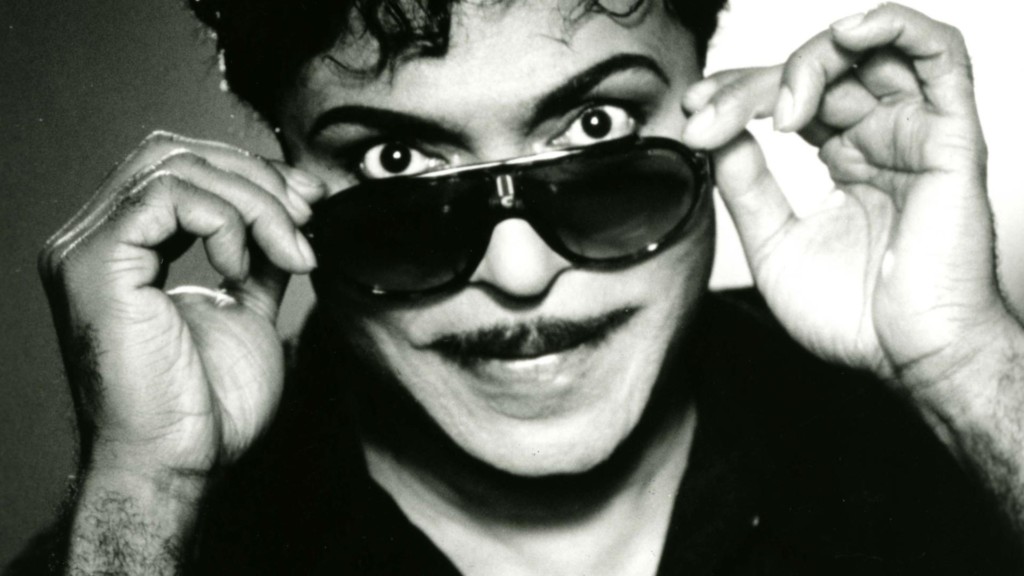 Penniman grew up in a Southern stew of religion, attending various family members’ Baptist and African Methodist Episcopal (AME) churches and singing in other area churches with his siblings as the Penniman Singers. But it was the Pentecostal churches with their holy dancing and speaking in tongues that he found the most fun. By the time he was 10, he was already serving as a faith healer in the church, singing gospel songs and touching people who later said he made them feel better.

By 1945, in his early teens and kicked out of the family home by his father because of his effeminate sexual mannerisms, Penniman was out on the road entertaining audiences with a kind of act never seen before. His over-the-top singing style was filled with screams and moans and high-pitch screeching, all laid into his combination of gospel, boogie-woogie, and rhythm and blues. “Little Richard,” as he was calling himself by now, was well on his way. 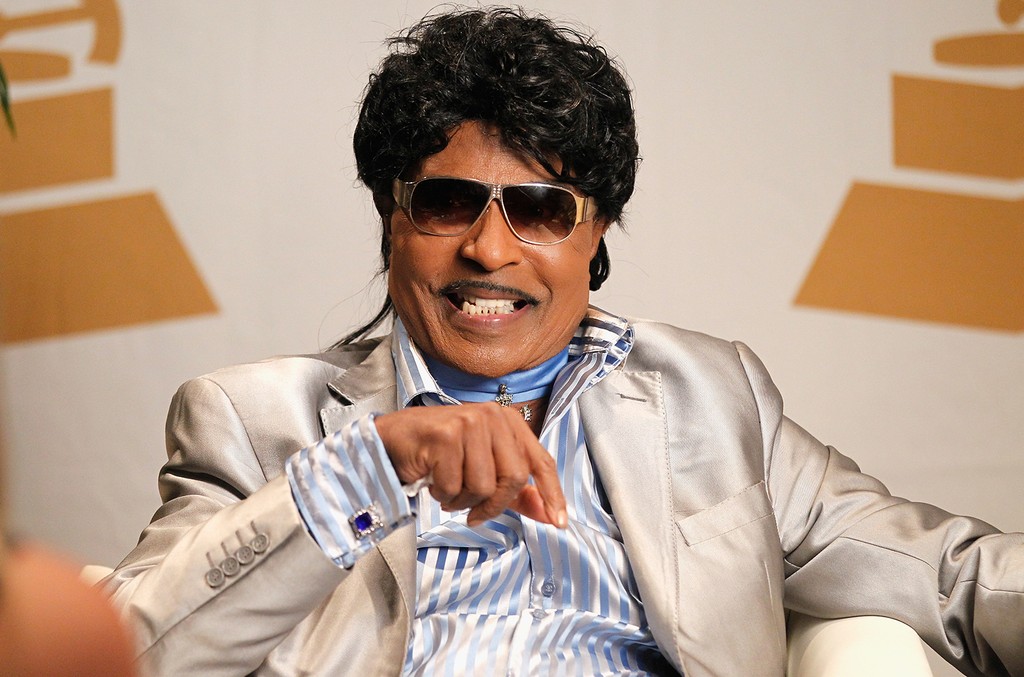 Penniman began his recording career in October 1951, cutting jump blues records for RCA Camden. He soon signed to Peacock Records but commercial success was still eluding him. After forming a new R&B road band he called The Upsetters, he moved to Specialty Records and it was with that label that, in a1955 recording session, Penniman began banging out a boogie-woogie riff on the piano and singing a song he had written years earlier and had been performing on the road. The song was “Tutti Frutti” and it would change the course of music history.

“Tutti Frutti,” with its renegade open cry of “Bop bopa-a-lu a whop bam boo!,” which some critics say was the very beginning of rock and roll, reached number two on Billboard’s R&B Chart and was quickly covered by Elvis Presley and Pat Boone. They were just two of the many singers who would cover Penniman’s many hits that came just after it, including” Lucille” (1956), “Keep-A-Knocking” (1957), and “Good Golly, Miss Molly” ( recorded in 1956 and released 1958). 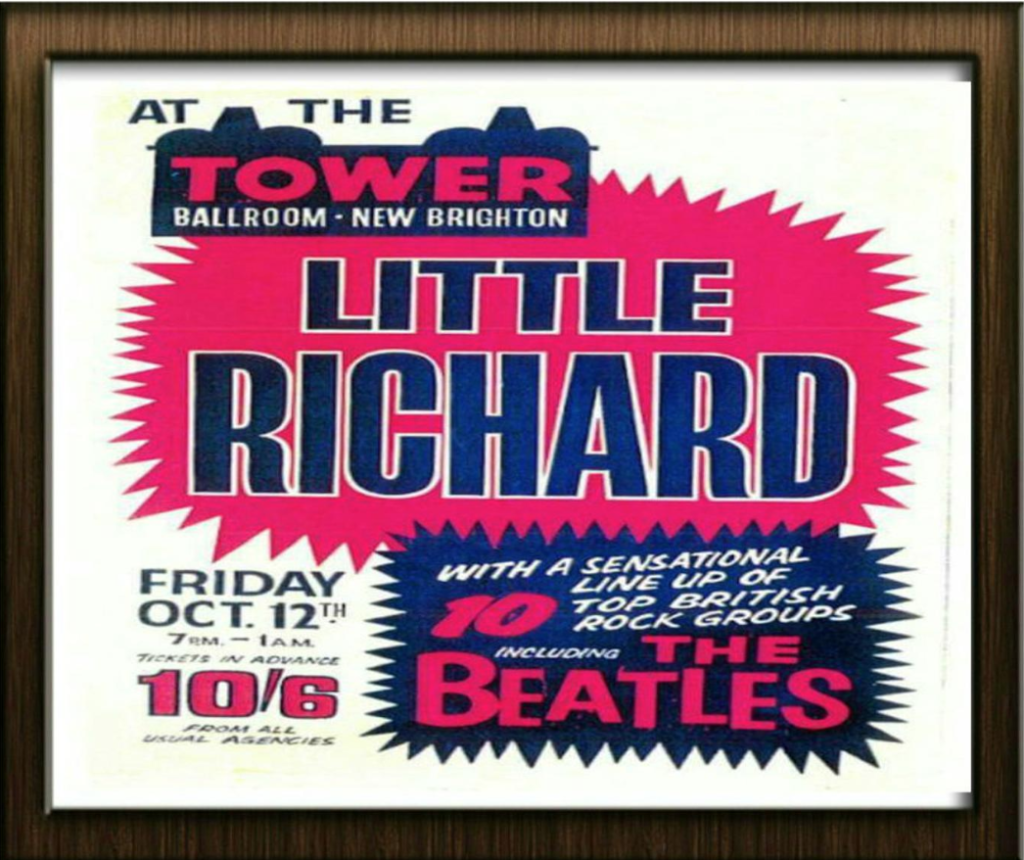 With the success of “Tutti Frutti,” Penniman and his band swept across the United States selling out concert after concert at sports arenas and music venues. He performed in sequined capes under flickering lights, driving audiences into frenzies by running on and off stage, singing, yelling, and just being Little Richard. Although most of his concerts started out segregated, with one race in one section and other race in another, by the end of his concerts the crowd was usually all together, screaming, dancing, shouting for more, and not caring about the color of each other’s skin. During this period Penniman was also partying hard on the road, even indulging in orgies in the hotels in which he stayed.

In 1957, at the zenith of his young career and with seven gold records already to his credit, Penniman walked away from rock and roll. Citing what he interpreted as religious experiences that predicted his own damnation, he announced his retirement just days before he was scheduled to perform in front of 40,000 people in Australia and it sent shock waves through the music world. 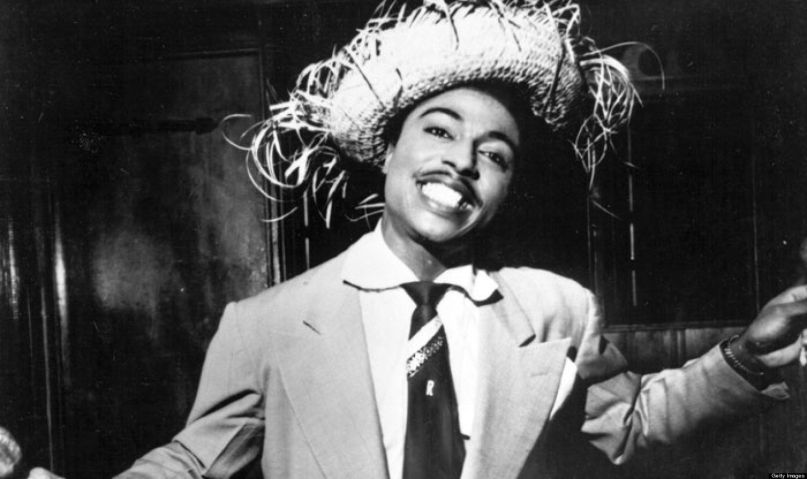 For the next few years Penniman attended a Seventh Day Adventist bible college and attempted but didn’t succeed at a gospel recording career and gaining a following in his newfound ministry. In 1964, he returned to rock and roll with a wildly successful European tour with the Beatles as his opening act. And from that time until today, he has continued in both the secular and spiritual worlds – touring, starring in films and television, officiating at celebrity wedding and funerals, performing at presidential inaugurations, and continuing to garner accolade after accolade as one of the most important entertainment figures in history.

LITTLE RICHARD INDUCTING OTIS REDDING INTO THE ROCK AND ROLL HALL OF FAME IN 1989, SINGING SOME OF OTIS’ HITS AND INTRODUCING OTIS’ WIFE, ZELMA REDDING. 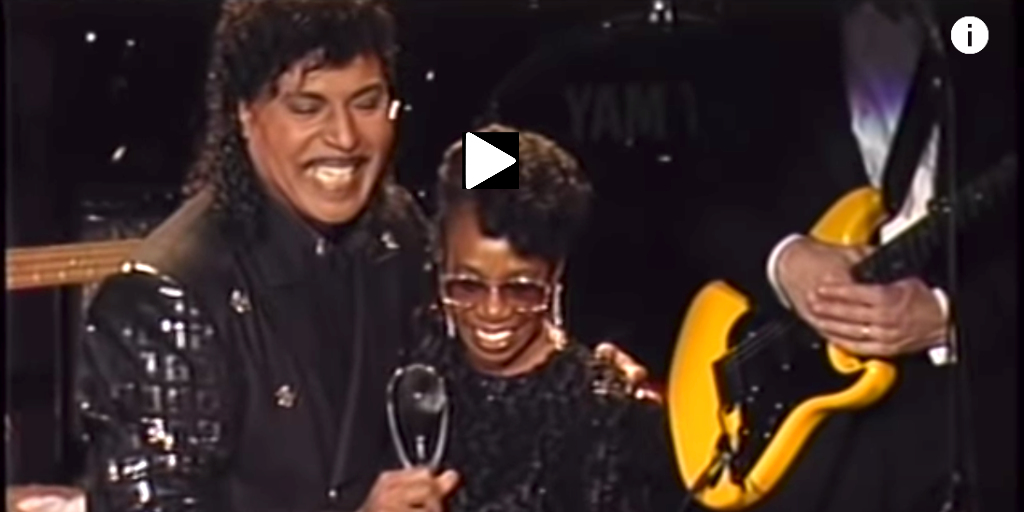