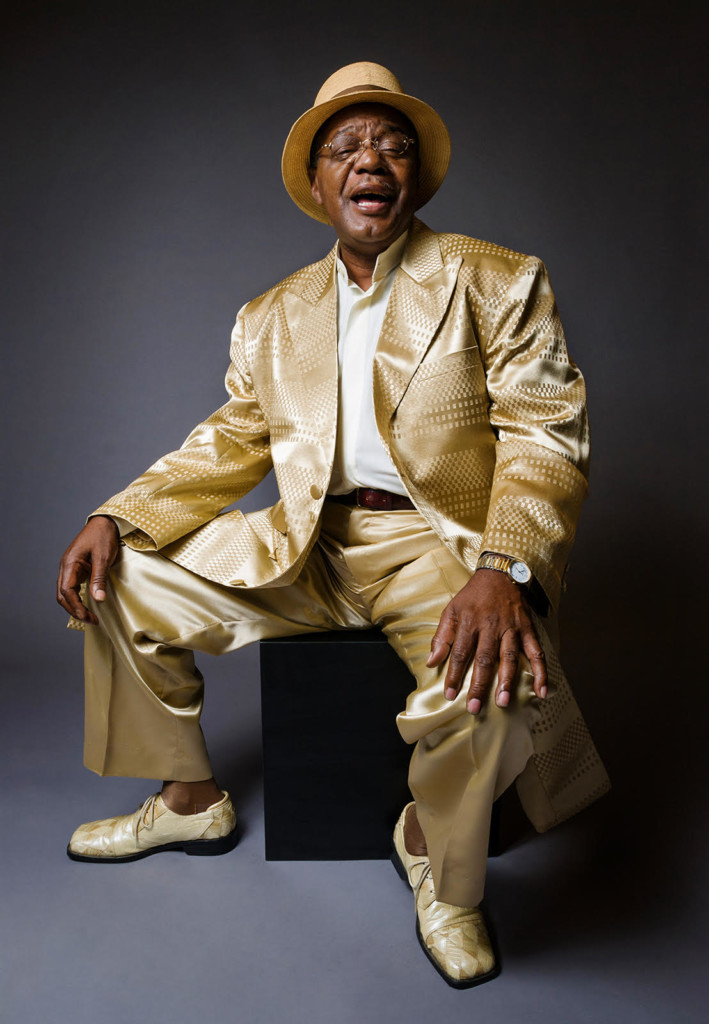 The Stax Museum of American Soul Music is sad to convey news about the death of one of its most loved “Stax Museum Family” members, John Gary Williams, founder and lead singer of the Stax group The Mad Lads and later a solo artist for the label.

The original Mad Lads consisted of Williams, Julius E. Green, William Brown, and Robert Phillips, who all formed the doo-wop inspired group while attending Memphis’ Booker T. Washington High School just down the road from Stax Records in South Memphis. They originally went by the moniker The Emeralds, but when Stax Records’ co-owner Estelle Axton discovered there was already a recording group by that name, Stax director of publicity Deanie Parker suggested they change their name to the Mad Lads because they were boisterous teenagers always pulling pranks around the studio. The name stuck and they soon released their first record “The Sidewalk Surf.” Although it was more of a novelty song than anything, it did cement their sound as more East Coast and Northern soul than down South gritty Stax. That song was followed by back-to-back charting hits “Don’t Have to Shop Around” in 1965 and “I Want Someone” in 1966.

Unfortunately, that same year, Williams and Brown were drafted into the military at the height of the Vietnam War, interrupting their careers and causing Williams, in particular, psychological problems that would plague him for much of the rest of his life, including post traumatic stress disorder, for which he later got treatment. Williams also became involved in the Civil Rights Movement upon returning home from the war, joining a youth organizational group named the Invaders during the 1968 Memphis Sanitation Workers Strike, who many saw as a militant group similar to the Black Panthers. When Dr. Martin Luther King attempted to stage a protest rally in March of that year, it turned extremely violent with people breaking windows and causing damage to downtown businesses, the Invaders were blamed by many. Williams and other members of the group, however, denied this for the rest of their lives and instead explained that the riot was caused by infiltrators from the government.

After several unsuccessful attempts to reform the Mad Lads to their prior status and with Williams’ interests shifting more toward social consciousness, he recorded his final album at Stax in 1973, John Gary Williams, which included the single “The Whole Damn World is Going Crazy,” which became a Northern Soul cult classics of sorts and remains as relevant today as it was when released.

In 2015, a group of Northern Soul fans from England began planning a pilgrimage to Memphis for approximately 150 fans and all was centered around their hero, John Gary Williams. “Whole Damn World” was their anthem. When they met with him at a surprise luncheon, he agreed to form a new version of the group to perform at their main function at the Stax Museum. The new Mad Lads all came out in formal tuxedos and wowed the crowd with “Whole Damn World” being a finale that turned into something akin to a Northern Soul mosh pit.

Much of Williams’ life between the end of Stax and the opening of the Stax Museum in 2003 was marked with tragedy but Williams’ story, which will be told in a film by documentarian John Hubbell, is one of great redemption. He became a staunch champion of the Stax Music Academy and Soulsville Charter School, both operated by the same Soulsville Foundation that operates the Stax Museum and shares its campus. He performed at the museum with various members of the group and new additions to it several times, including an outdoor festival at the museum in 2013 to help celebrate its 10th anniversary. He volunteered to do countless interviews for various films and documentaries. In one produced by the museum and api photographers for Memphis’ PBS affiliate WKNO, Williams said the only thing he knew growing up was racism until he came to Stax Records, where black and white musicians worked alongside each other like a family.

What many don’t know about John Gary Williams is that in his later years, he became something of a neighborhood minister, often staying up all night counseling gang members against committing acts of violence and helping them turn their lives around.

John Gary was not only a great figure in Memphis music history but he was also a great and loyal friend to the Soulsville Foundation. His ‘I’ll do anything you need me to do’ attitude was unwavering and we loved him for that. He was a true gentleman and we will miss him.