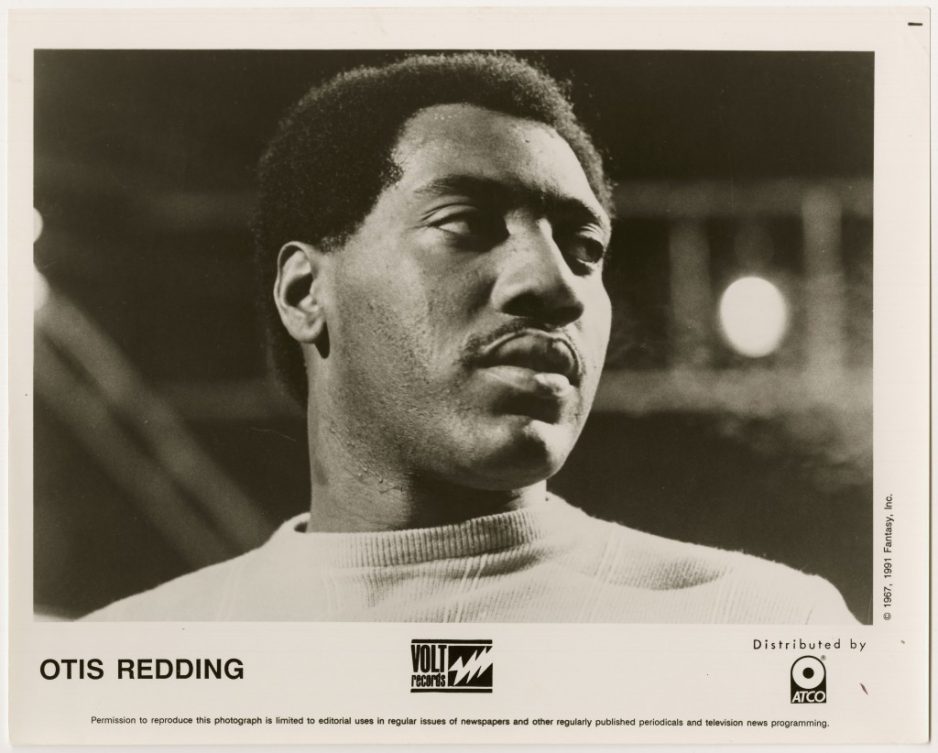 Here at the Stax Museum, Stax Music Academy, and The Soulsville Charter School, Otis Redding fans from all over the world have been asking us in recent weeks what we are going to do to commemorate the 50th anniversary of Otis Redding’s death. And while we don’t “celebrate,” the milestone of one of the saddest days in American history, our thoughts and prayers are indeed with Otis Redding’s wife Zelma and children Karla Redding-Andrews, Otis Redding III, Dexter Redding, and Demetria Redding. They are the keepers of Otis Redding’s eternal flame and we applaud their tireless efforts through the Otis Redding Foundation to see that his legacy will live on for generations in the young people they assist in the way Otis would have loved.

Redding could have lived anywhere in the world after rising to fame with Stax Records in Memphis, Tennessee in the 1960s, but he loved his home state of Georgia so much that he bought a 300-acre ranch a few miles outside Macon, made that his home, and set about not only to further his career but also to raise a family, become one of Georgia’s first black, successful entrepreneurs, and make a difference in the lives of young people.

Born in Dawson in 1941, Redding ‘s family moved to Macon when he was five years old and he soon began singing in his father’s Vineville Baptist Church. He attended Ballard Hudson High School and participated in the school band, but, when his father became ill with tuberculosis, dropped out to help his family financially by working part time digging wells and at other odd jobs, and competing in Douglass Theater talent shows for the $5 prize money. After 15 straight wins, he was no longer allowed to compete in order to give other singers and musicians a chance.

During this time, Redding began sitting in occasionally with The Upsetters, Little Richard’s former backing band, and with local band Johnny Jenkins and the Pinetoppers. His big break came in October 1962, when he drove Jenkins and the band to Memphis (Jenkins didn’t have a driver’s license) for a recording session at the relatively new Stax Records. He was not singing with them at the time and was not scheduled to perform at Stax. There may be as many stories about what happened next as there are musicians who were there at the time, but at the end of the session, just as everyone was about to leave, someone allowed Redding to sing. Redding broke out in his moaning rendition of “These Arms of Mine” and Stewart cut it on the spot. Redding, Stax, and the world of soul music would never be the same.

One of the highlights of Otis Redding’s short career was the 1067 Stax/Volt European Tour with Booker T. & the MGs and other stars of Stax Records.

As Otis Redding’s career skyrocketed, so did his determination to ensure that children stay in school and ultimately be educated through music. From the time he became a star in the music business, he was also a budding philanthropist in Macon, staging fund-raisers and working in other ways to make sure children there stayed in school instead of dropping out, as he had to do.

In 1967, Otis Redding encouraged students to “Stay in School” with a song/PSA on an LP Stax Records released to help the cause.

Just at the height of his stunning career, however, on December 10, 1967, while on route to a concert in Madison, Wisconsin, the private plane Redding had recently purchased crashed into the freezing waters of Lake Monona, killing him, his pilot and valet, and almost all of the members of his band, the Bar-Kays. All fairly recent graduates of Memphis’ Booker T. Washington High School just a minute’s drive from Stax Records, band members Ronnie Caldwell, Carl Cunningham, Phalon Jones, and Jimmy King perished with Otis that day. The lone, on-board survivor was trumpeter Ben Cauley, who died in Memphis in 2015. Bassist James Alexander, who remains with the regrouped Bar-Kays to this day, was on a commercial flight.

Today, Otis’ legacy also lives on through the Big “O” Youth Educational Dream Foundation, which Zelma and Karla operate from an office in Macon and from the Big O Ranch, where most of the family still lives. Founded in 2007, the foundation provides programs such as the Otis Redding Center for Creative Arts, the Otis Music Camp, the DREAM choir, and the soon-to-be DREAM Academy.

The Otis Music Camp, which takes place every June in Macon, provides a high level of music forums conducted by key leaders in the industry. Professional and collegiate musicians of all genres of music from across the United States help develop the voices and instrumental abilities of the children at the camp. The children work vigorously for two-weeks to write, record, and perform their own songs at the camp’s grand finale. Karla Redding-Andrews, Executive Director of Otis Redding Foundation and Lisa Love, former director the Georgia Music Hall of Fame, founded the camp in 2008.

According to the Redding family, “These programs encourage individual and team participation, build self-esteem and instill discipline. By providing programs that ignite dreams in our future generation of leaders, the Otis Redding Foundation remains dedicated to connecting the universal relevance of music to serve as a catalyst for education and other youth oriented initiatives. The foundation is always on the look-out to improve the lives of young children and are currently in the process of creating a statewide charter school whose focus is music and arts integrated into core curriculum in every class, everyday.”

The Reddings are also establishing a Macon-based charter school named the DREAM Academy. With the charter having been approved in 2016, the school will be Georgia’s first authentic state-wide arts-integrated public charter school, uniquely designed to educate and empower students to reach their full potential through the blending of music, the arts, and academics. The DREAM is proposed to open as a K-6 school in fall 2018, and expand by a grade level each year until it reaches grade 12.

Finally, one of the ways we here at Soulsville pay tribute to Otis Redding every day is by teaching his songs to our students at the Stax Music Academy, who carry the legacy around the world as often as possible. Here is SMA student Jonathan Lee offering UK audiences his rendition of “Try A Little Tenderness” at the 2017 Summertyne Festival in Gateshead, England.